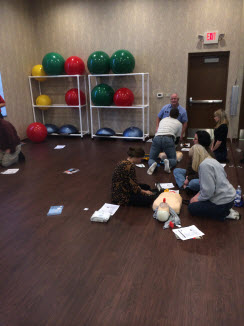 According to the American Heart Association, 70% of American’s may feel helpless to act during a cardiac emergency because they either do not know how to administer CPR or their training has significantly lapsed.  Failure to act in a sudden cardiac emergency can lead to an unnecessary death and if effective CPR is given in a sudden cardiac arrest situation, it can double or triple a victim’s chance of survival.  (CPR Statistics. (June 2011).

On December 20, 2013, employees at the Eaton Steel Bar Company’s Oak Park and Taylor sites took CPR & AED training.  Hercules Drawn Steel employee training is scheduled for February 15, 2014.   The training was done by A-1 Health & Safety Education based out of Sterling Heights, MI (www.a1cpr.com). 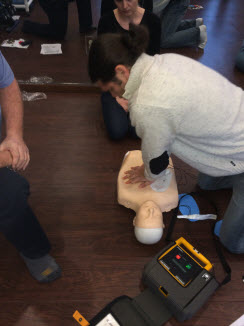 The classes had a total of 56 Eaton Steel Bar Company employees, who all volunteered to take the class.  Each class lasted approximately three hours and covered how to perform CPR and AED (Automated External Defibulator). After going through the training, each student then had to pass a test in order to receive their certification.

Congratulations and thank you to all of the employees that have taken part in this program!!